Research shows the decline in women not getting tested is a global trend.

This new form of testing is non-intrusive and is aimed at getting more women to have a regular cancer screening smear test.  Particularly those that have never had a smear test, or are overdue for a smear test.

The proposed Self-test is relatively simple to do.  All you need to do is place the swab sick inside your vagina, swirl it around a couple of times, then place the swab stick back into the sterilized tube it came in, put the tube inside the (provided) plastic bag, and send it off to the lab for testing.

And are twice as likely to develop cervical cancer than Pakeha women.

For this reason the Do-it-yourself cancer screening test trial is being trialed on Maori women.

In January 2019 – The Health Central NZ reported: A study, led by Victoria University of Wellington’s Te Tātai Hauora o Hine Centre for Women’s Health Research, surveyed over 500 Māori women who had not been screened regularly, about whether they would want to do a new Self-test looking for the cancer-causing human papilloma virus (HPV).

The findings from the study have resulted in a randomized funded, controlled trial in Northland, to see whether the offer of the HPV self-test shows an increase of never screened, or under screened women participating in cervical screening.

Anna Adcock from HCNZ has reported the trial has been successful so far, and the offer has been taken up by about 45 percent of eligible women. “This shows women like doing their own test”… Learn more.

If your HPV test is positive, it doesn’t necessarily mean you have cervical cancer, it just means further testing would need to be done.

According to The National Screening Unit (NZ), the Ministry of Health NZ report there are still questions to address regarding how Self-sampling would work in New Zealand, and how women would be supported for any follow-up testing or treatment required.

The Ministry of Health NZ is funding further research about the acceptability and feasibility of self-sampling in New Zealand and is also investigating the effectiveness of different self-sampling devices and… Learn more.

The Ministry of Health NZ also says a date for a full transition to HPV primary screening is still to be decided.  However, they are working towards commencing from 2021.

Malaysia is past the trial stage and is already offering Do-it-yourself at home smear testing to women – Learn more.

Australia is also past the trial stage, but only offers the Do-it-yourself smear test to some women – You can see if you fit the criteria here.

Urine Tests May Soon be Replacing the Embarrassing PAP Smear Test – due to promising data by researchers in the UK.

For more Lady Stuff Articles SUBSCRIBE to our NEWSLETTER

“(DISCLAIMER:  I am not a health care professional, the information in this article is based on my own personal experience of living with vaginismus, vaginal atrophy (including menopause issues), and what I have learned along the way. Some articles on this website will include other womanly issues that I feel women need to know about.  If you have any concerns about your health, it is best for you to seek advice from a health care professional – Full disclaimer)“.

NEWSWORTHY
VAGINAL HEALTH
About the Author – Ms Tight
HELLO LOVELIES - THANKS FOR DROPPING BY I am Ms Tight.  I created this website to help others to understand and/or to become aware of these often NOT talked about conditions vaginismus,and vaginal atrophy, as ... Read More 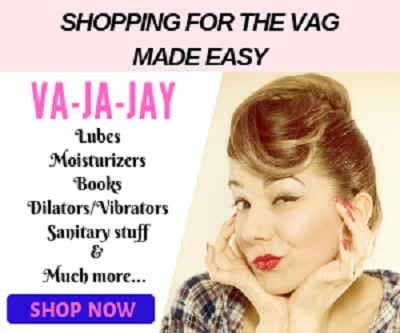